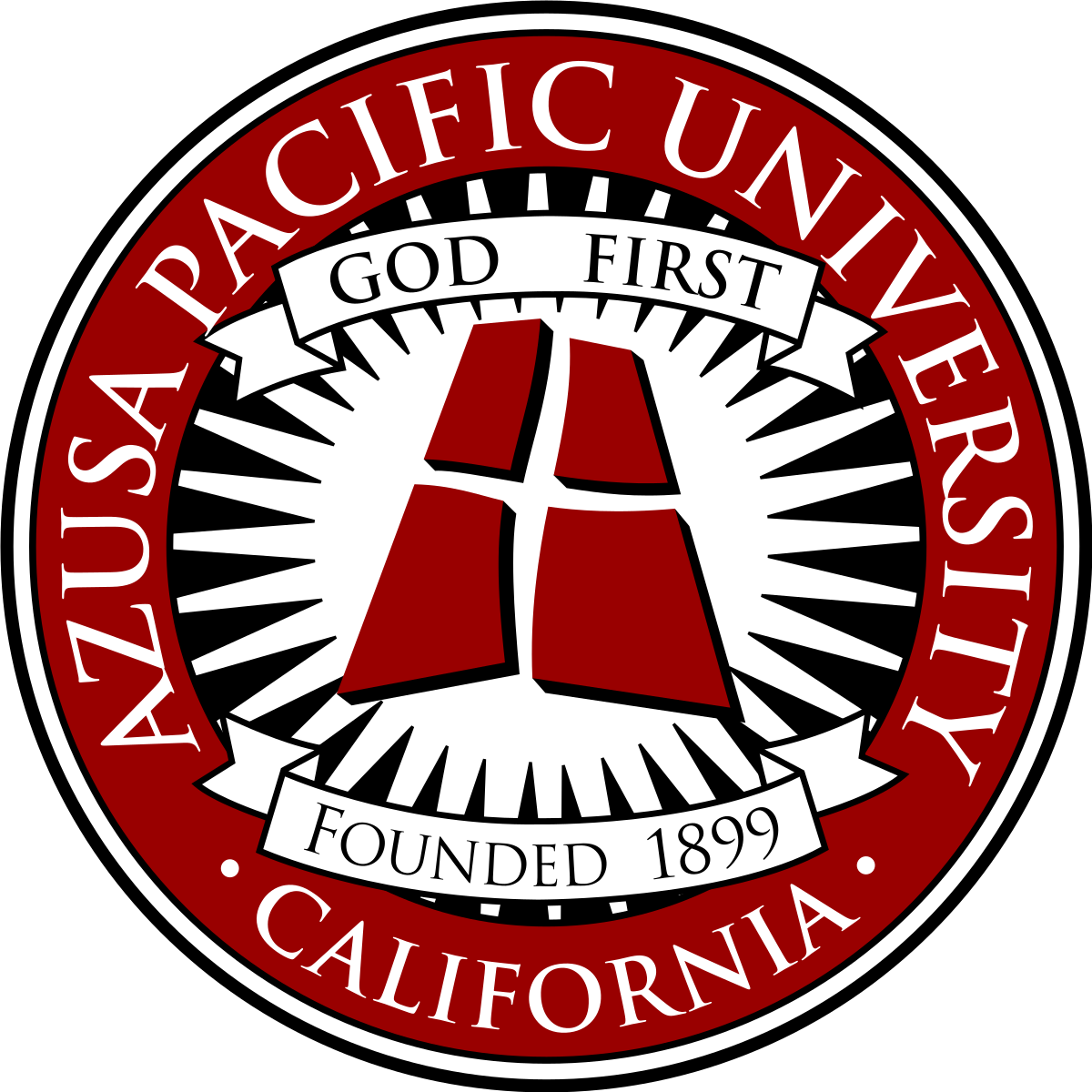 Since the 1940s, intercollegiate athletics have been an important and cherished part of Azusa Pacific University's campus life. Azusa Pacific has become a model in terms of student impact, integrity, leadership, and achievement since that time, under the management of NAIA hall of Famers Cliff Hamlow, Terry Franson, and Bill Odell, as well as current athletics director Gary Pine. Azusa Pacific's seven-sport men's team has grown into a nationally recognized, dual-sex athletics program with over 450 student-athletes each year, and the school has won 48 national championships and 113 conference championships.

The Cougars finished their fourth year as members of the National Collegiate Sports Association (NCAA) Division II at the conclusion of the 2017-18 athletic season. In July 2011, the university's NCAA Division II proposal was granted, and the three-year transition period began.

The National Association of Intercollegiate Athletics (NAIA) granted the university membership in 1965, providing the athletics program its first national affiliation and validating the school's embryonic competitiveness. Azusa Pacific was vying for playoff titles at the NAIA's local level within three years. The Cougars rose to prominence in the NAIA national stage in less than a decade.

APU has a supplementary affiliation with the National Christian College Athletic Association, in addition to the NAIA (NCCAA). Azusa Pacific basketball won its first national championship in 1969, and the first of four consecutive NCCAA titles, behind the brilliance of greats like Chuck Boswell '73, Dennis Dickens '72, Dennis Vanzant '74, and Jim Wilson '73. 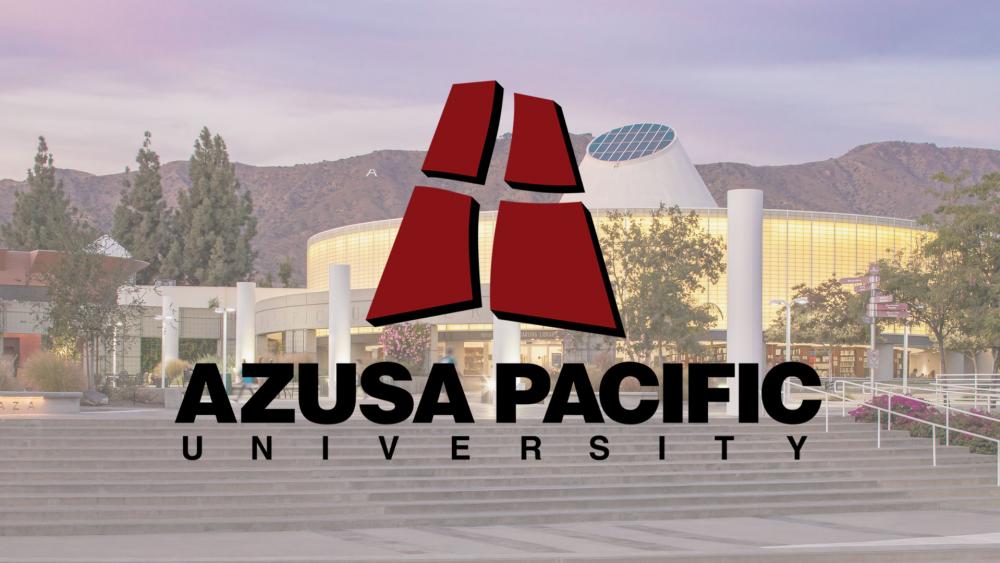 Azusa Pacific has hosted women's athletic competition for more than three decades, but it wasn't until the mid-1970s that the university actively sponsored college women's basketball and volleyball. Sue Hebel (basketball) and Alane LeGrand (volleyball) built programs that swiftly became into regional powerhouses. LeGrand led her volleyball team to the Division III national championship of the Association for Intercollegiate Athletics for Women (AIAW) in 1979.

APU won seven national championships in the 1990s, including the NAIA football and women's soccer titles in 1998, the first national titles for both sports. In men's track and field, the Cougars added five more to their impressive collection. All 14 Cougar sports won a total of 39 Golden State Athletic Conference (GSAC) championships during that decade, including the first seven of an unparalleled nine consecutive GSAC championships in men's basketball. Azusa Pacific also finished second in the Directors' Cup in 1998–99, a year in which the Cougars won two national titles, appeared in five final fours, had three more top-20 finishes, and qualified for two regional playoffs.

As much as the 1990s elevated Azusa Pacific to national prominence, the following decade propelled the Cougars into an elite class of athletics programs. Eighteen NAIA championships over a 10-year span more than doubled the program’s number of NAIA titles. More than half of Azusa Pacific’s GSAC-record 112 conference titles came in the first decade of the new millennium, as Cougar teams claimed 59 GSAC championships during the 10-year span. Azusa Pacific moved to the top of the NAIA in the fight for the renowned NACDA Directors' Cup, which is awarded yearly to the best overall athletics program in the country, around the middle of the decade. Azusa Pacific won the Directors' Cup for the first time in the 2004–05 season, scoring in 12 of their 14 intercollegiate sports to set a Directors' Cup record of 881 points and finish 182 points ahead of runner-up Lindenwood University (Mo.).

After repeating as Directors' Cup champion in 2006, Azusa Pacific set a new scoring record with 978.25 points on its way to winning the trophy for the third time in a row in 2007. The Cougar track and field program led the way with national titles in men's indoor and women's outdoor competitions, while baseball finished its first 50-win season with a trip to the NAIA World Series in 23 years. Men's soccer returned to the NAIA championship game a year after playing in its debut game and finished second to women's soccer. Men's basketball qualified for the NAIA Tournament for the 12th year in a row and advanced to the quarterfinals for the second year in a row. Men's tennis made history by becoming the first NAIA program to reach five consecutive national title matches, while women's tennis reached the national quarterfinals for the fourth year in a row. Volleyball achieved its first back-to-back berths in the national tournament, and women's basketball made its fourth straight appearance in the national tournament, a program first. Cross country had a pair of top-10 performances at the national meet, with the men finishing third, their best finish ever.

Azusa Pacific finished the decade by becoming the first NAIA school to win six straight Directors' Cups after winning its fourth and fifth consecutive Directors' Cups in 2008 and 2009. The Cougars won the trophy in 2010 by the narrowest margin in the award's 15-year history, beating out runner-up Simon Fraser University (B.C.) by just three points. Azusa Pacific joined NCAA Division II's Pacific West Conference (PacWest) in most sports in 2012–13, after contending for NAIA and GSAC championships during its exploratory year of NCAA Division II candidacy in 2011–12. After 46 years as an independent program in the NAIA, football joined the Great Northwest Athletic Conference (GNAC) as an associate member, marking the sport's first conference affiliation. The Pacific Coast Swimming and Diving Conference (PCSC) represents women's swimming and diving, and the National Collegiate Acrobatics and Tumbling Association (NCATA) represents acrobatics and tumbling (NCATA). Women's water polo was launched in 2009 and competed as an independent program for five years until joining the newly formed Golden Coast Conference in the spring of 2010. For more information on getting that college scholarship, visit mygotgame and open a free online profile to maximize your exposure