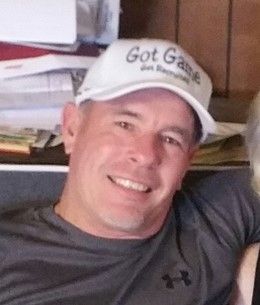 From athletics to business Coach Dan has been formulating teams built on success. A former student athlete that played multiple sports and who grew up in a small town in central Florida and graduated with a B.S.B.A. from University of Central Florida.

Coach Dan’s business career took him sometimes across the globe but his desire to play basketball found him always finding the local courts to play in pick-up games or volunteering as a coach for AAU and local parks and recreation leagues.

As a former coach he has had the pleasure of working with some players who went on to play in college as well as the NBA, NFL, CFL, and MLB. He led a local charitable organization known as the LBA Lakers which consisted of boys and girls youth teams that accomplished championships but most important developed strong leaders in our local communities today.

A desire that we all have to ‘stay in the game’ led his innovative spirit to develop Mygotgame.com (MGG). MGG, whose idea existed approximately 15 years prior to its initial launch in 2020 is where you will find Coach Dan today. He still owns another business located in the Tampa, FL area but his true passion lies in helping todays youth and their families via sports. He often says “this is what I will be doing when I die” because it doesn’t feel like a job, but pure enjoyment.

While his original and primary goal for MGG was to help student athletes achieve their dream of playing sports in college he now sees it evolving into a comprehensive go to source full of resources, opinions, trends, new techniques, current events all built around assisting the youth sports family of students, coaches, college recruiters, service providers, event promoters, sports journalist and the new social influencers relating to sports.

If you got game, Coach Dan would like to welcome you to Mygotgame!