College basketball has become an integral part of American life thanks to its fast-paced play, fierce rivalries, and nail-biting tournament games. In a packed college gymnasium on game day, there is nothing quite like the close-up action and rabid school spirit. Fans get pumped up, athletes get recognized, and colleges get free advertising by participating in this sport.

It's easy to forget that basketball colleges award more than 28,000 scholarships each year, despite all the attention paid to players hoping to make it in the professional ranks. Since the sport is relatively easy to run, it's a popular choice for institutions of all sizes. A typical team consists of 15 players and eight paid staff members.

The United States is home to more than 1,300 basketball schools. Big-name schools with long-standing traditions to small institutions with limited athletic resources are all represented here. Men's and women's basketball teams can be found at the majority of these institutions. Finding out about the various levels of play and the differences in recruiting, competition, and academics is essential if you want to get a basketball scholarship. The following is a breakdown of NCAA and NAIA basketball divisional membership:

The National Collegiate Athletic Association is college basketball's largest and most well-known governing body. The NCAA, a non-profit organization comprised of 1,268 schools, seeks to protect student-athletes from exploitative practices and situations. This is accomplished by imposing specific rules on the recruiting process. Schools that violate the rules may face sanctions such as postseason bans, vacated wins, fines, and other penalties.

The NCAA also regulates competition in a number of men's and women's sports. NCAA basketball, culminating in the March Madness tournament, is one of the most popular sports in the United States. In fact, the men's basketball tournament generates more than 80% of the NCAA's revenue. The NCAA basketball competition is divided into three divisions, each with its own set of rules for scholarships, recruiting, and post-season play.

Division I men's and women's NCAA basketball competition is at the highest level in the sport. In general, the 353 D-I basketball schools who take part have a larger student body and a more robust athletic department. Conferences such as the Big Ten and ACC as well as the West Coast Conference and Conference USA are divided down into 35 separate divisions. The majority of your time in college will be spent playing basketball if you are talented enough.

Basketball participation in Division III is the largest in the NCAA, with over 13,000 players from its men's and women's member institutions. Among the 426 Division III basketball schools, most are small and mostly focus on academics. In order to play basketball, players are not expected to put in an excessive amount of time. Talented student-athletes might expect greater playing time because of the lesser competition. Only at the D-III level in the NCAA are athletic scholarships not permitted.

A North American collegiate sports association for minor colleges is the National Association of Intercollegiate Athletics (NAIA). Basketball recruiting is regulated by NAIA guidelines, just like the NCAA. As a result, the application process is more tailored and less difficult. NAIA colleges may still have scholarships available right before classes begin, whereas NCAA college basketball recruits generally have the door shut before the summer recess has passed.

Some D-II and D-III colleges and universities are members of NAIA as well, but the majority are much smaller. As a result, NAIA basketball players who might otherwise be on the bench can start right away. There are two divisions of collegiate basketball for men and women. Each year, NAIA Division I basketball schools are awarded 11 scholarships. It is allowed to provide up to six scholarships per year to men's and women's programs in Division II.

As a high school senior, many athletes find that attending a junior college (JUCO) makes the most sense. If you can't afford a four-year university or need more time to progress as an athlete or student, JUCO may be the best option for you. Junior colleges are typically used as stepping stones for players who plan to transfer to four-year institutions. Basketball is a popular sport at JUCOs, and many of them serve as stepping stones to the NCAA Division I level.

What are the best basketball colleges?

The best basketball colleges play in the so-called NCAA D-I power conferences. Also known as the “high majors,” they include the following:

Recruiting the greatest college basketball players is a constant battle in these leagues because of the intense competition. Improved playoff performances and larger fan bases lead to increased revenue for facilities and coaching salaries. University basketball powerhouses like Duke, UCLA, North Carolina and Kansas are among the best in the history of men's college basketball power conferences.

However, there are a plethora of high-quality programs competing in the other divisions of the D-I. As a group, Gonzaga, Wichita State, Virginia Commonwealth, and San Diego State are all consistently ranked mid-major teams. One advantage that mid-majors enjoy over big conferences is that they get a chance to compete against the best teams from those conferences in the NCAA tournament.

How does the college basketball ranking system work?

If you follow college basketball, you'll notice a lot of talk about team rankings throughout the season. The AP Top 25 and the Coaches Poll are the most popular rankings, with members voting on the best college basketball teams. Many factors are considered by voters, including game results, schedule strength, and the quality of wins and losses.

When does the NCAA basketball season begin?

The college basketball schedule is played during the winter sports season of the NCAA. This is true across all three divisions of men's and women's basketball. While the exact dates of each program's first game vary, seasons typically begin in early November and end in early March. Following the season, each NCAA conference hosts its own tournament, which typically lasts three days.

During the winter season, both the NAIA and the NJCAA have a similar college basketball schedule. The regular season begins in November and ends in March. Each league also holds its own college basketball championship tournament.

How are the NCAA basketball championships decided?

Every NCAA men's and women's basketball division crowns a national champion in a single-elimination tournament that begins in March. The college basketball playoffs, dubbed March Madness, are known for thrilling upsets and inspired play. Except for the D-I men's tournament, which has 68 teams, all of the tournaments have 64 teams.

There are two ways to make the NCAA basketball playoffs. Each conference tournament champion advances to the playoffs automatically. At-large bids fill the remaining spots. These are the best teams that do not atomically qualify, as determined by NCAA committee members. The tournament teams are then ranked and seeded. In April, each tournament concludes with a championship game.

What does it take to play basketball at a good university?

If you want to play basketball at an elite university, you should devote your time to improving your game and researching programs. This includes attending skill development camps, participating in AAU basketball, and reaching out to coaches. According to NCAA statistics, only 4% of female high school basketball players go on to play in college. Boys have a 3.4 percent chance of playing basketball in college.

Superior athletic ability and game IQ are required to stand out among other college basketball recruits. Coaches also want players who can be good teammates and leaders. It's also important to fit in with the team culture and fill the roles left open by departing players. To top it all off, outstanding college basketball prospects should also be strong academically. The best basketball colleges frequently have stringent admissions requirements. Even if you receive a basketball scholarship, you must be admitted to the university.

What is the process of college basketball recruiting?

When a coach invites a student to play for his or her team, this is referred to as "recruiting." While the concept is simple, when big-time scholarships are involved, the process becomes much more complicated. Many coaches may contact players during the college basketball recruiting process.

That is why the NCAA basketball rules restrict contact. D-I coaches, for example, may only call you once a month between June 15 of your sophomore year and July 31 of your junior year. There are also rules governing official visits (those paid for by the basketball university). While you can always visit any campus on your own, student-athletes are only permitted to make five official visits.

The goal for basketball college teams is to secure commitments from elite players. When you sign your National Letter of Intent, the NCAA basketball recruiting process is officially over. It's worth noting that D-III schools and basketball colleges that compete outside of the NCAA have more leeway in terms of when they can recruit players.

How can I get in front of the best college basketball coaches?

Being seen by coaches is critical for players looking to increase their recruiting interest. Attending basketball camps and showcases is the best way to get in front of college coaches. These exposure events may be organized by colleges or by third parties. Depending on the camp, there may be coaching stations or just a tournament.

Many of these showcases are only open to upperclassmen who have been invited. You may need to be recommended by a coach or excel on your club or prep team to get an invite. If you decide to attend a camp, be prepared to compete and showcase your best qualities. Scouts will always be on the lookout for you.

Think again if you believe that talent alone will attract scholarship offers. Student-athletes who took the initiative during the recruiting process make up the majority of college rosters. It's critical to reach out to coaches and make use of all available resources. Mygotgame is one such resource that can assist you in standing out.

Mygotgame connects coaches and student-athletes. To learn more about how mygotgame can help you play college sports, create a free profile and get the exposure you need to get that chance. 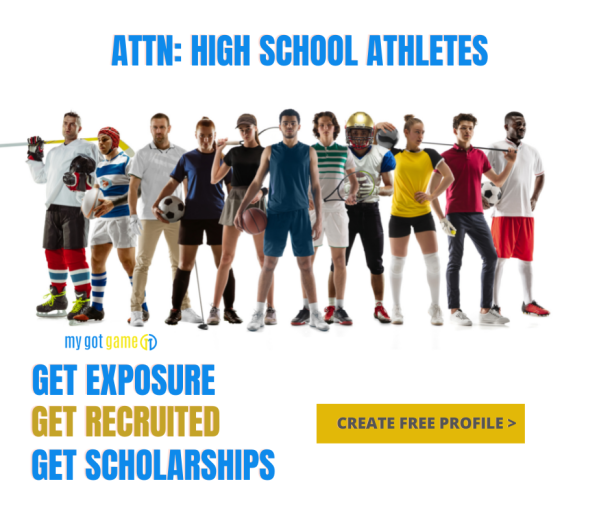 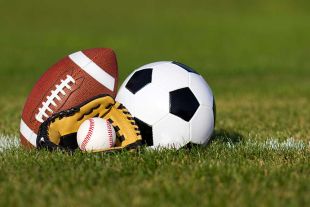